On 12-18 December 2019, the Department of Earth Sciences of the University of Florence and the Instituto de Investigaciones en Ciencias de la Tierra (INICIT) of the Universidad Michoacana de San Nicolás De Hidalgo carried out a joint research activity in San Pablo Villa de Mitla (Oaxaca, Mexico) with the support of local administrative authorities. The aim of the mission was to study the terminal part of a large landslide (rock-debris avalanche) which is supposed to have destroyed in the prehispanic age  a large part of a flourishing and large city belonging to the Zapotec civilization, contributing to its main decline before the arrival of the Spanish colonizers. The activities took place in the urban area around the archaeological site, which is UNESCO heritage, containing remains of pyramids for ceremonial use of the Zapotec civilization. In particular, a geophysical survey was carried out for the material characterization of the deposit, the identification of the bedrock and the possible presence of remains belonging to the Zapotec ceremonial complex or other still unknown anthropic structures. Research activities will continue also in the near future with new joint initiatives. 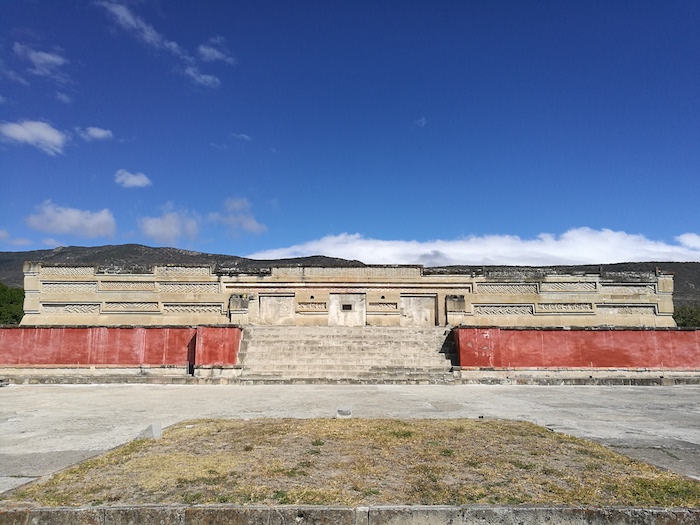