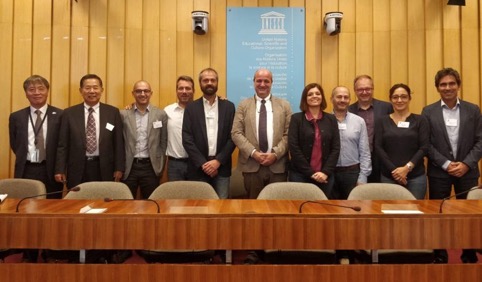 Nicola Casagli, Professor of Engineering Geology at the Department of Earth Sciences, was elected president of the International Consortium on Landslides for the three-year period 2021-2023, at the conference - held at Unesco in Paris from 16 to 19 September - of the world organization that promotes the research, evaluation and mitigation of the landslide risk.

At the same congress, Veronica Tofani, a researcher at the Department of Earth Sciences, was elected vice-president for the three-year period 2019-2021.

The general assembly of the consortium also established that the sixth World Landslide Forum will be held in Florence in 2023, accepting the proposal made by the delegation of the UNESCO Chair of the University of Florence on the prevention and sustainable mitigation of hydrogeological risk, which took part to the works.

The UNESCO Chair of the University has also presented the nomination to be recognized World Center of Excellence for the reduction of landslide risk for the three-year period 2021-2023; the certificate has already been given to you for four consecutive three-year periods.